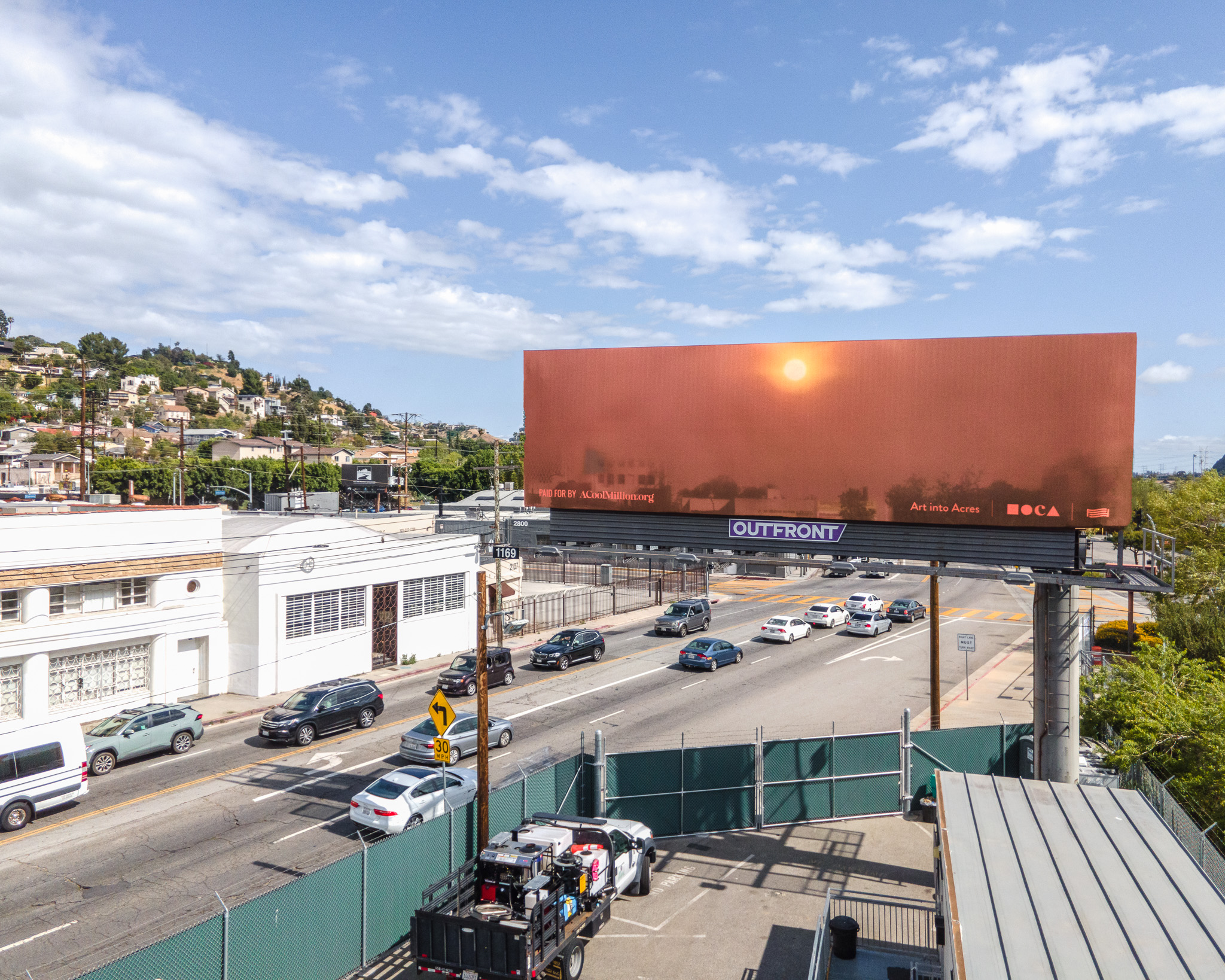 Photograph by
This is some text inside of a div block.

A COOL MILLION (ACM) is a campaign for climate awareness and activism led by artists, arts professionals, and institutions. The initiative will work with museums to create and disseminate artwork images that motivate civic awareness on climate action urban environmental justice during Earth Month, April 2022. Project costs are generously covered by Pritzker funding. Institutions such as MOCA, LACMA, Wattis Institute, ICA San Francisco, Headlands Center for the Arts, San Jose Museum of Art, LACMA, MOAD, the Underground Museum have signed on and we are in conversation with SFMOMA, Hammer, and the Berkeley Art Museum.

The initiative will partner 10 artists and 10 museums (one per each, at artists selection) to present images of artworks regarding environmental justice, civic engagement, and climate action on large format public spaces. Joining with For Freedoms, an artist cooperative, cofounded by Hank Willis Thomas, Eric Gottesman, Michelle Woo, and Wyatt Gallery, the works will appear on billboards and social media throughout Earth month, April 2022. The billboard location and artist selection will be approved by the museum. As a museum partner, we would be looking for the museum to include a social media post on their connected billboard artist/ education during Earth week 2022.

This partnership between artists and institutions aims to raise funds to protect one million acres of critical hydrological-related forest conservation relevant to California's rainfall. Where feasible, the artworks pictured will be donated and sold at the gallery's direction as to process, collector and timing in the following 18 months with proceeds going to the Indigenous-led large-scale land conservation in the United States rainfall table. This fundraising effort will help permanently preserve crucial land areas, directly supporting mitigation of the climate crisis in the process.

ACM is a project of Art into Acres and Art + Climate Action, two initiatives within the arts community responding to climate and institutional sustainability.

This Activation is a part of:

Another Justice By Any Medium Necessary